About the Bujinkan Mushinzui Dojo

In 2003 following a work related relocation, the Bujinkan Dronfield Dojo was closed for seven years, during which time Daniel acted as an assistant instructor at the then main Dojo of his teacher, 15th Dan DaiShihan Norman Smithers.

Following Shihan Norman Smithers' relocation to the North of England, in 2010, the Bujinkan Dronfield Dojo was re-opened in Saffron Walden. The dojo was renamed in honour of Daniel’s main teachers Barry and Norman, whom in his view, taught and continue to teach ‘Mu no Shinzui’ - the pith or essence of Bujutsu. 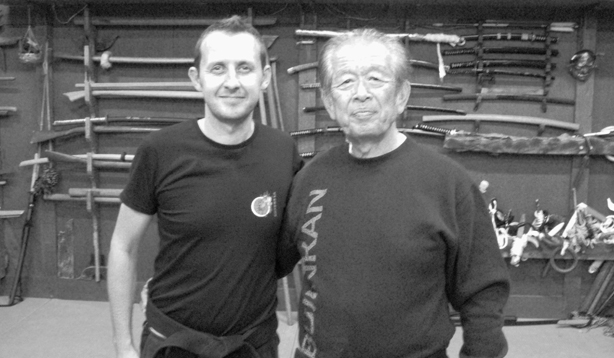 Daniel, our chief instructor and Dojo head, is a Bujinkan Shidoshi, with an 8th dan black-belt in Bujinkan Budo Taijutsu. He began studying and has continued without interruption, as a student and member of the Bujinkan organisation since 1991.

As a 1st dan black-belt in Bujinkan Ninpo Taijutsu, Daniel first trained with Grandmaster Masaaki Hatsumi Sensei in 1994 at the UK Taikai in Cheshire.

In 1996, after winning a travel bursary from the University of Nottingham, Daniel undertook his first trip to Japan to train with Hatsumi Sensei and his senior students.

In 2004, during a training trip to Japan, after taking the 5th dan test with Hatsumi Sensei, Daniel was awarded the title of Shidoshi, and licensed to open a Martial Arts Dojo as an independent licenced Bujinkan teacher.

Since this time, in addition to training with teachers in the UK, our chief instructor periodically travels to Japan to train with Hatsumi Sensei and his senior students.

A Quote from Daniel

“I do not court fame or high rank, nor do I desire fancy titles or awards."

"Developing my own good heart and taijutsu, and sharing the very little that I have understood from what I have been taught, is my motivation."

"I live by the principle of Bufu Ikkan…. 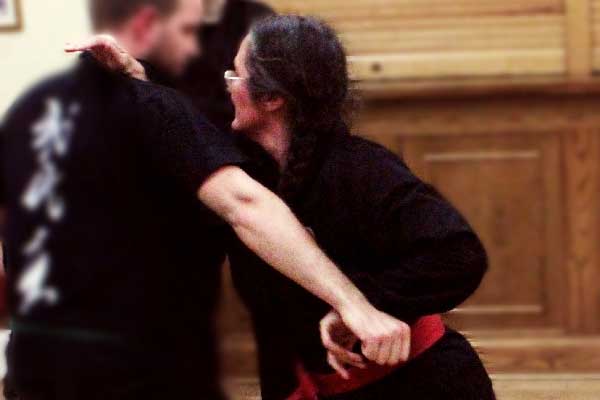 When not at the club you might find Sharon dressed in chain mail as part of ‘The Vikings’ crew, helping re-enact key historical battles across the UK. In addition to her depth of old-world knowledge, which she uses to educate the masses in the ways-of-old, Sharon also holds a black-belt in Shotokan Karate. Sharon first began training at the Mushinzui Dojo Martial Arts School at the beginning of 2011. As the Dojo’s most senior student, Sharon currently holds the rank of 1st Kyu, which is the 10th rank of 10 grades, on the journey towards a Budo Taijutsu black-belt. 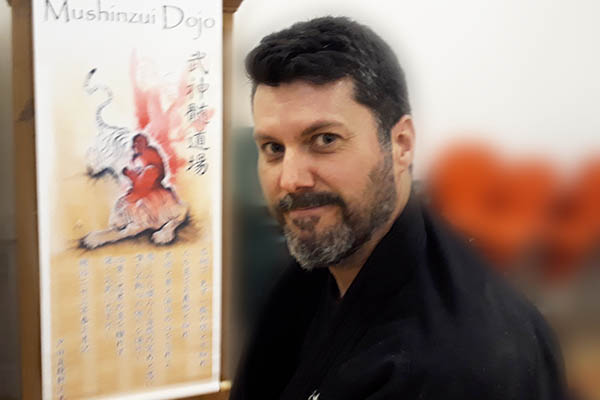 ‘Mr Unbreakable’ – Daam brings a lightness to the training atmosphere at the club, whilst keeping it serious and real. With a head for Japanese martial art terminology, he’s the man to go to if you are trying to remember the names of the techniques we practice at the club. With previous experience in sword fencing at county level, Daam first began training at the Mushinzui Dojo Martial Arts School at the start of 2013. He currently holds the rank of 2nd Kyu. 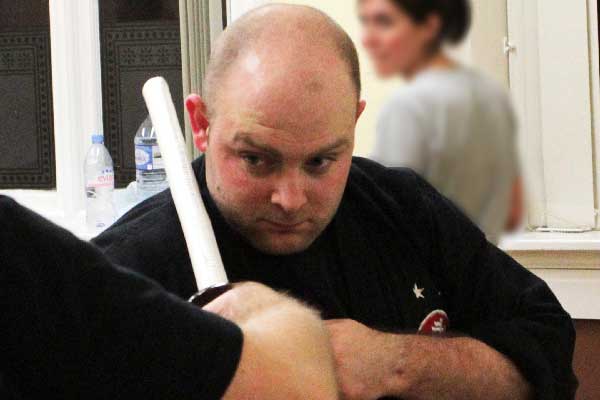 'Mr Strong' - Sam is the dojo strong man; you know you are doing things properly when they work on Sam. Sam first began training at the Mushinzui Dojo Martial Arts School towards the end of 2011. Sam has a particular fondness for sparring, he particularly enjoys the full contact Kendo-like sparring, where we suit-up in full Kendo armour and defend against attacks with a bamboo sword. Sam currently holds the rank of 3rd Kyu. 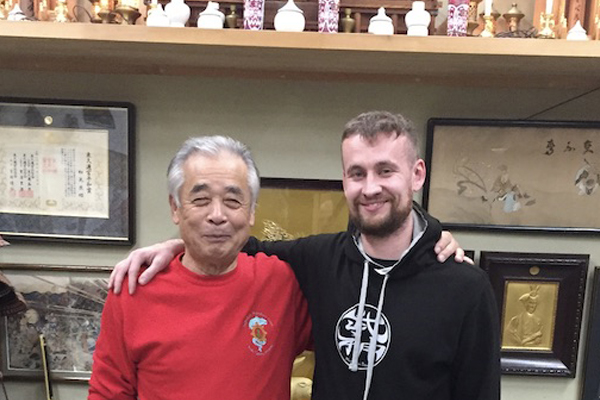 Max is the most recent addition to the Mushinzui Dojo core seniors. Max began training at the Mushinzui Dojo Martial Arts School, in 2015 and has been a stalwart of the club ever since. Before the recent global pandemic, prior to Grandmaster Masaaki Hatsumi Sensei’s retirement from teaching, Max was fortunate enough to be able to travel to Japan and train with Hatsumi Sensei and his senior students. Max currently holds the rank of 3rd Kyu.

Click here to find out about training at the Bujinkan Saffron Walden Dojo.

Cookies are used as part of our members area login and by third party addons, such as the Google maps widget and the Facebook like button. If you do not want to allow these cookies, please feel free to block them using your browser settings. This will however prevent login to the members area.

If you would like to know more about training at the Mushinzui Dojo Martial Arts School in Saffron Walden, Essex, then please drop us an email or give us a call on Saffron Walden 584324.